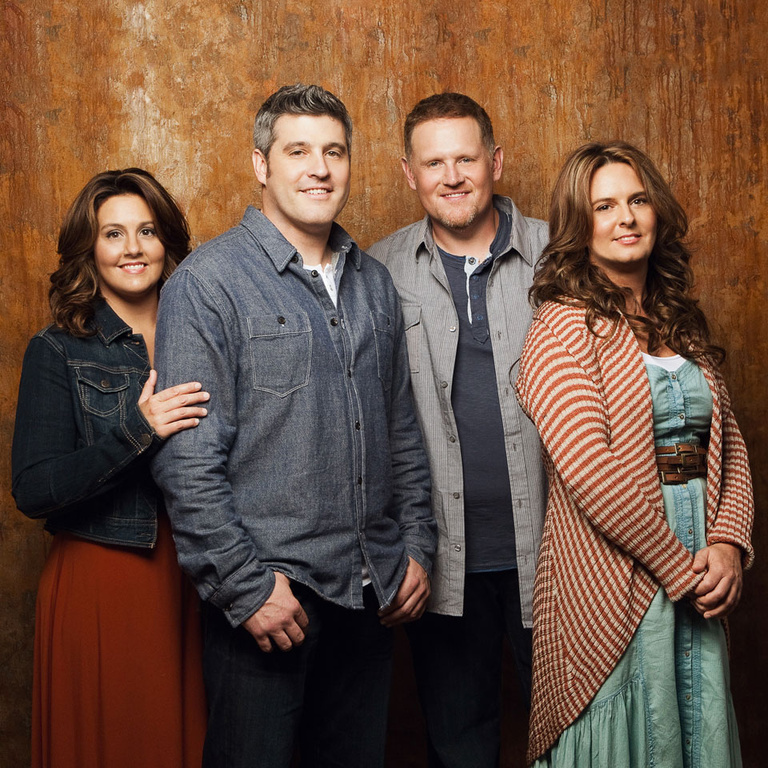 It seems almost a given that Joel and Jamie Horn would make a career in Southern Gospel music. As preacher's sons raised on the tunes of legendary gospel families like The Hinsons, Paynes and Crabbs, the pair spent the brunt of their childhood learning guitar and piano at their father's Loggy Bottom Pentecostal Church, nestled in the hills of tiny Whitewood, Virginia.

With Joel singing lead and playing piano, Jamie on drums and family member Scott Brown on bass, the Horns literally grew up on stage, performing every local benefit, church concert and revival within a 10-mile radius of Whitewood. With adulthood came an expansion of the band into its current formation as The Horn Family in 2000, when Joel and Jamie's wives – Tina and Tracy, respectively – came on board to offer their vocals and Sidney Helton joined as lead guitarist.

“We started performing at our home church and it seemed like every time we played a song, something special would happen to someone's life in the audience,” Joel recalls. “A strong burden grew in our hearts to use this band as a source of life and hope in our community.”

Blending country with contemporary gospel – and offering occasional traditional gospel moments, the Horns have spent the past decade traveling the Southeast in a 15-passenger van, sometimes playing over 100 impassioned and energy-fueled live concerts per year.

“Growing up, we always followed the more enthusiastic, uptempo gospel groups,” Joel says. “It’s important to get the crowd involved and create a lively atmosphere.”

Offstage, the entire band plays a role in songwriting. Each member drawing from his or her unique life experiences to bring different perspectives of God’s goodness and grace.

“Each of us in the group have been through tough times, so we’re able to approach songwriting through different angles of our pasts, which all ultimately lead to redemption through Christ,” Joel says. “We see at every concert a population of people who are hurting and have made mistakes, and are experiencing  a lot of pain as a result. Our songs aim to offer a ray of hope; to assure them that life’s not over.”

Perhaps the best example of this message can be found in their song “I Came Through Another Battle.”

“We’ve performed this at every concert event for years and it always seems to speak to people,” Joel says. “It’s about finding strength amidst our weakness. Calling on God and continuing on the narrow path when we don’t have anything left of ourselves.”

The Horn Family is currently working on its first album as a signed act for Fort Worth, Texas-based indie label RayLynn Records. The yet-to-be-titled project is being recorded in Nashville and produced by prolific country artist and songwriter Mark Collie. Among the titles slated for the record are upbeat, celebratory songs “I’ve Got It” and “He Got Up” as well as ballads “He Built Me Strong” and “Rise Above the Fall.”

The album will release later in 2013 via Provident Distribution.